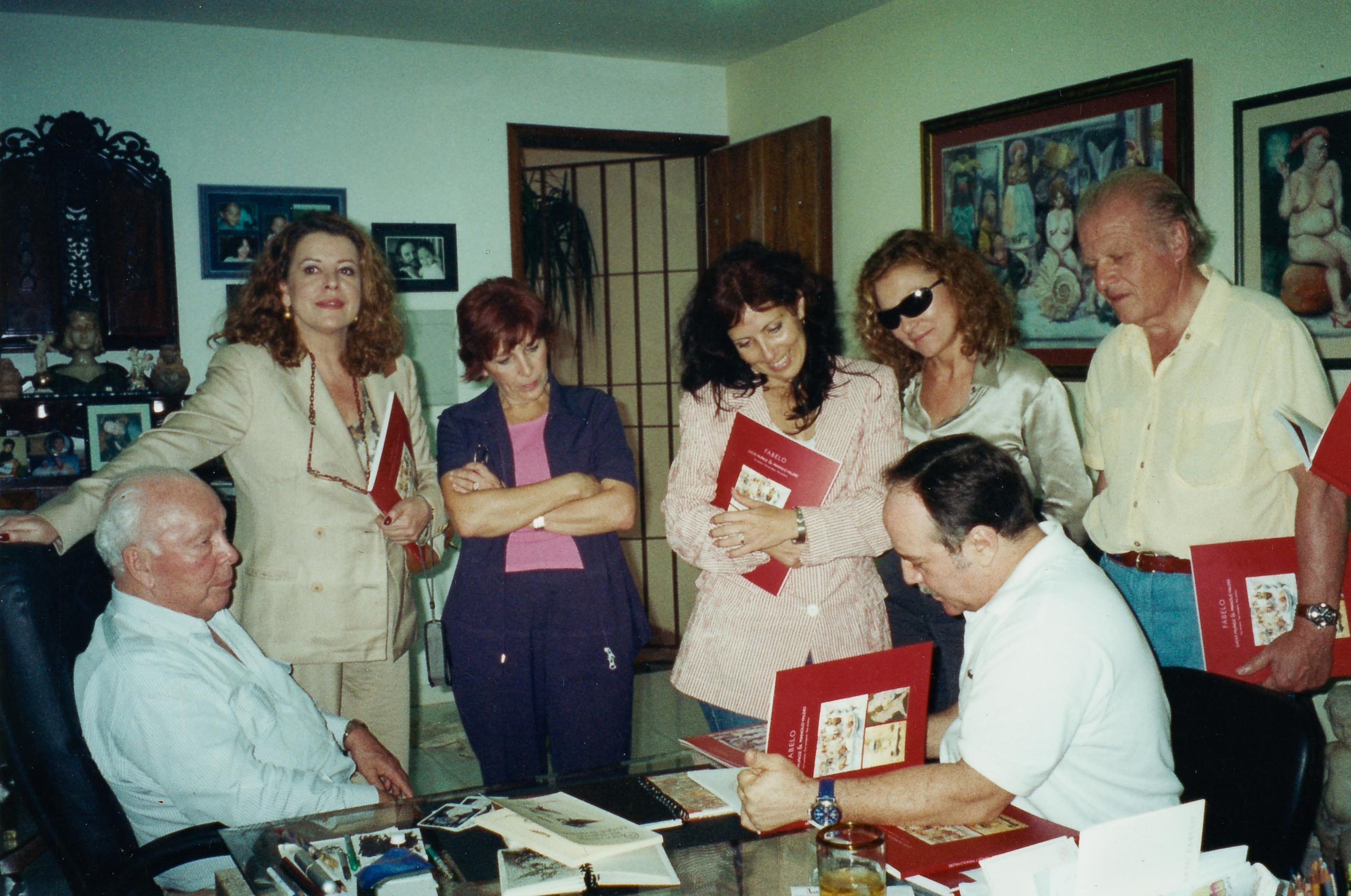 Fabelo while signing catalogues of the exhibition “Three Names – Three Concepts – Three Paths,” organized by his friend, Rioja-based gallerist Pedro Torres, at the gallery that bears his name and where works by Fabelo, Lucio Muñoz and Manolo Valdés were exhibited. In the photo are, among others, architect Enrique Hernadíz and his wife Rosi, businessman Jesús Polanco and his wife Marilu Barreiros, writer Carmen Posada, the banker Emilio Ybarra, and businesswoman Alicia Koplowitz. The photo was taken at the artist’s studio, Havana.