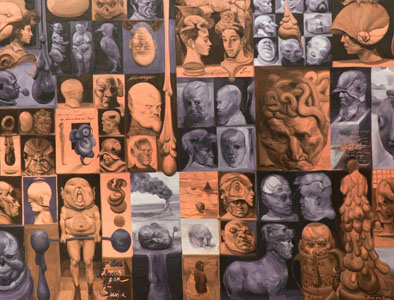 For several years, represented by CernudaArte, Fabelo has been showing his work at Expo Chicago. Local collectors, and others who approach the city to enjoy contemporary art in autumn, have welcomed their work with true admiration and respect. This September was no exception. 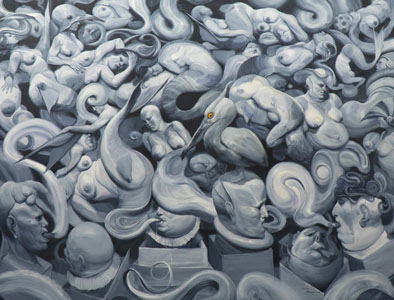 Even more when new and rewarding projects are taking place in diverse paths. For Fabelo Estudio these first five months of the year have been marked by records, recurring presence in events and outstanding interventions in the public space... 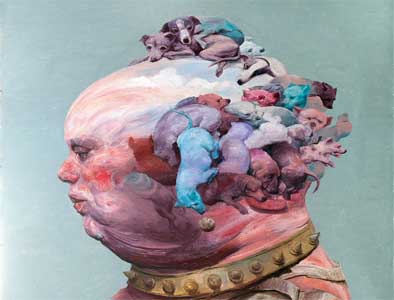 Concurring with the notorious participation of Fabelo in Expo Chicago (Sept. 27 - 30, with CernudaArte), the Sotheby's New York auction of Contemporary Art released this September 25 two works on silk signed by the artist, Reciprocidad and Mundo Rosa, both dated in 2005... 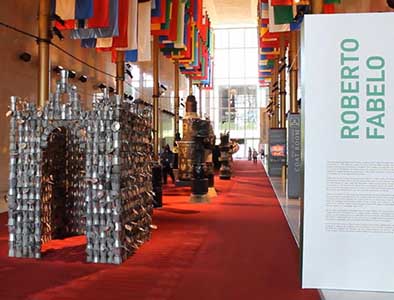 The Cuban art exhibition conceived as part of the Festival Artes de Cuba, at the Kennedy Center in Washington, was a success. Four installations by Roberto Fabelo were shown at the Nations Hall on the main floor, including Mundos... 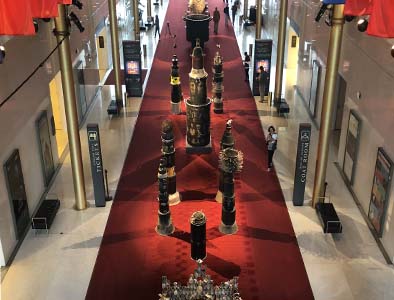 Undoubtedly one of the most important moments in this first half of the year will be the presentation of Fabelo's work as part of the Arts of Cuba festival, at the Kennedy Center in Washington DC... 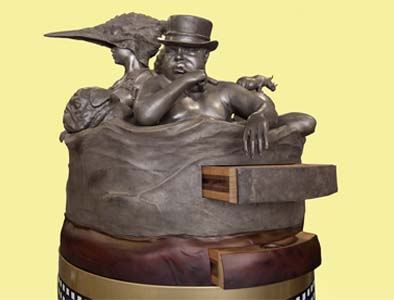 If we are talking about pairings, few have achieved as much prominence as the pieces that in the last three years Fabelo has dedicated to the Festival del Habano, specifically to the auction organized for it and whose principal beneficiary is the Public Health System of Cuba... 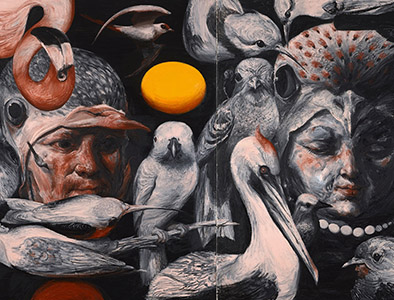 Roberto Fabelo becomes news at the recent November auctions in New York. On this occasion, four works of various formats and media went on sale and all were sold. In Cristhie's, a large-format oil diptych on canvas was auctioned, surrounded by great expectation, with which ... 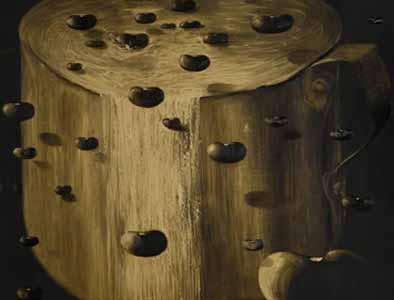 “The entire work of this extraordinary artist may be read as a vast existential metaphor, the relationship of man with life in a universal scale. Fabelo seems to shout to us that mankind needs delirious dreams to shake it and awake from the ... 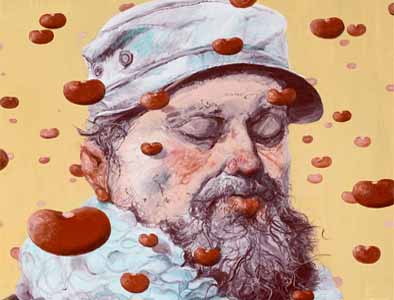 The end of 2016 was a very interesting moment for Cuban art in what is related to art market. On one side, the results of the November auctions in New York, Sotheby’s, Christie’s and Phillips, where the presence of artists formed in the Island grew... 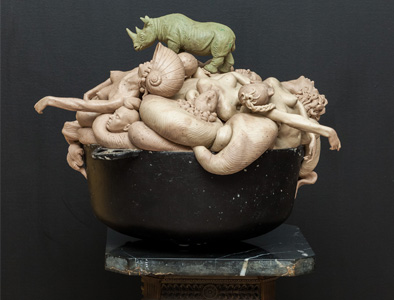 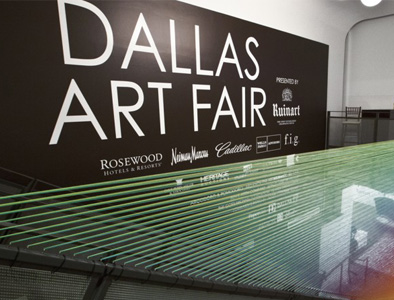 Located at the Fashion Industry Gallery—adjacent to the Dallas Museum of Art in the revitalized downtown Arts District—the 2015 Dallas Art Fair featured over 90 prominent national and international art dealers and galleries exhibiting paintings... 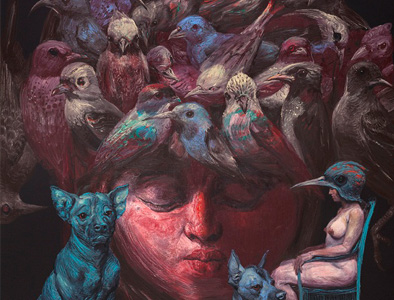 News at the Beginning of the Year.

The year that has just begun promises to be just as intense for the careerof Master Fabelo, who already has commitments for several solo and group shows in the next months... 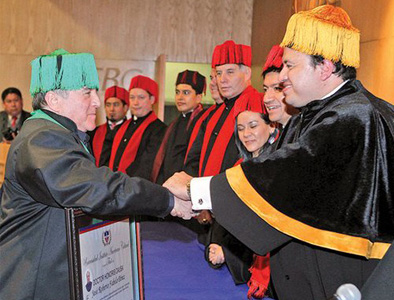 Roberto Fabelo is awarded with the doctorate "honoris causa". 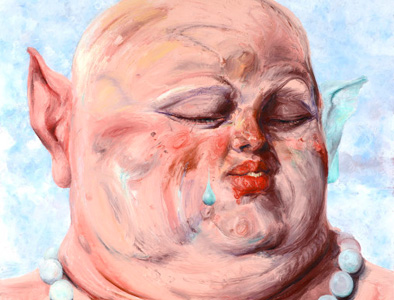 Fabelo began the month of December with the results of the sale of two works of his in Christie’s New York auction, which exceeded the estimated prices, reaching with one of them, El equilibrista en el pequeño teatro (The Tightrope Walker in the Small Theater) 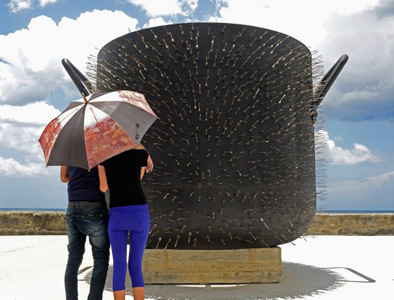 During the past month of May, Roberto Fabelo participated with large-format drawings and a silk in the fair Art Miami New York, which took place at Pier 94 from the 14th to the 17th, during Frieze Week... 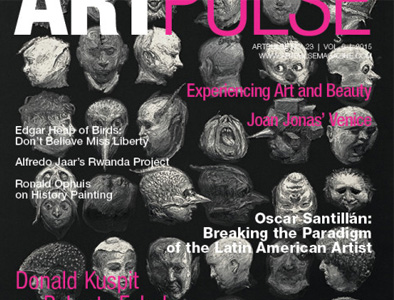 On Oct. 9, 2015, issue 23 of the American publication ARTPULSE was presented at the theater of the Museo Nacional de Bellas Artes (National Museum of Fine Arts) in Havana. It features the piece “42” (2006) by artist Roberto Fabelo... 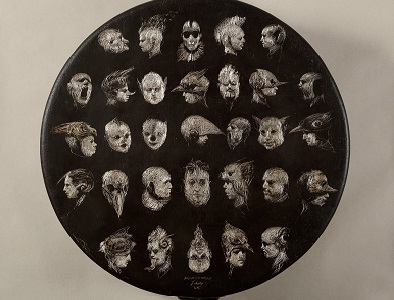 In the following days, Fabelo will take part in a group show at Robert Miller Gallery, NY, entitled Nuevos Colores (New Colors). Fabelo’s canvases, sculptures and drawings on metal will be at the exhibition, which gathers some... 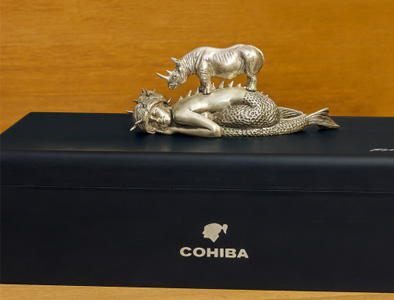 During the week of February 23-27, 2015, the 17th Habano Festival took place, organized by the joint enterprise Habanos S.A.. The event brought together some 1,600 people from 70 countries: distributors, producers... 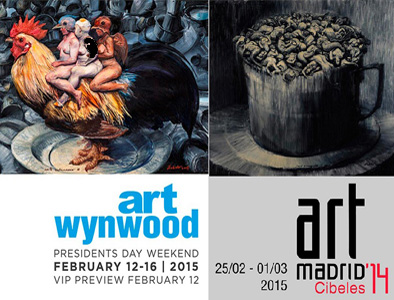 In a matter of days, Roberto Fabelo participated not only in the city of Miami’s most important week for the visual arts but also in some of the best-attended events of the art market world in the first part of 2015... 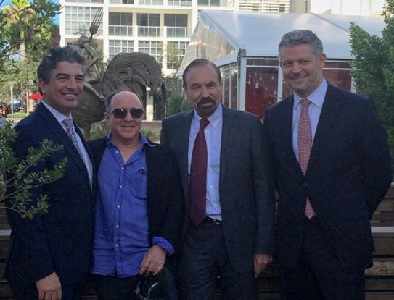 A painter, draftsman, engraver, illustrator and sculptor, Roberto Fabelo was born in Guáimaro, Cuba, on January 28, 1950. His childhood was spent in his native town, where he drew constantly on paper he found randomly. His passion for drawing––or “graphomania,” as he calls it––began at that moment. What started out as an amusing pastime little by little became a vice, as the support he enjoyed became a catalyst for him to let his imagination flow, resulting in sketches in which he utilized pencil, charcoal, ink or any other artistic medium. As the researcher, curator and art critic Llilian Llanes would say on one occasion, “It’s as though he came into this world with a pencil in is hand”.

"Fabelo’s technical mastery is self-evident—he is the master of every medium he touches—and so is his morbidity."

"His timeless images contain references to Dante’s Divine Comedy, García Marquez’s magical realism, a touch of Bosch, the draftsman- ship of the Dutch and Flemish masters and the soul of Rembrandt."

"He is technically, materially, formally astonishingly versatile, but he is emotionally single-minded."

"Without a doubt one of the best draftsman in the world."

"The artist works, as the poet does, through metaphor."

"Excellent draftsman, one of the great artists of Latin America, definitely a magnificent draftsman."

"Fabelo is a surreal Da Vinci."

"He whose pulse is so faithful to his dream."

National Prize of Literature of Cuba.

"Roberto Fabelo, who is widely recognized as the contemporary Cuban Daumier."

"Fabelo has what Baudelaire called that “prodigious talent for the grotesque and the horrible” that is the sign of modern imaginative genius."

"The poetry in Fabelo’s drawings, does not aim to obliterate science, but rather to appropriate it."

"The magic of Fabelo’s art is even blacker than Goya’s, and his figures are more mythically memorable."

"Roberto Fabelo, who seems to have come into the world with a pencil in hand."

"Fabelo is an outstanding draftsman."